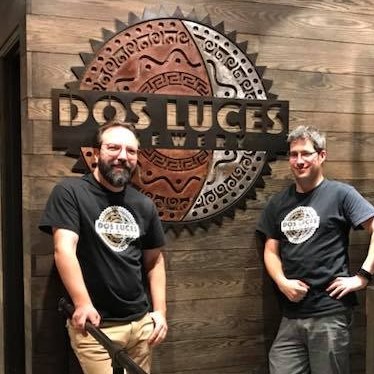 Judd Belstock, owner and founder of Dos Luces Brewery, located on Denver’s Historic South Broadway, has been in the beer industry since he was 23 years old. His interest in Chicha and Pulque began years before he was born, when his father spent time in the mountains of Peru, working with the Peace Corps around Cuzco. Many moons ago, Judd met Sam Alcaine, son of El Salvadoran and Cuban immigrant who has always loved studying the unique fermented foods and beverages of the Americas. Sam has been a brewer, food microbiologist, and now is a professor of fermentations, as well as co-founder. Together they asked the question “What if we fermented something other than barley?” and this question, among many others, allowed Dos Luces to follow in the footsteps of rich traditions and ferment something different.

All Dos Luces beers start with corn as the main ingredient, using blue corn malted right here in Colorado and grown as close to home as possible. They brew their own variations on Chicha and Pulque because of the rich history and depth of flavors associated with these drinks, originating with two of the major cultures of Pre-Columbian North and South America